The variant comparison workflow allows for comparing datasets with similar contents. The overall workflow can be used to answer many different and generic sorts of question, but has specialized pieces that are specifically for comparing sequencing results from commercial vendors of tissue and plasma diagnostic assays.

Other questions that can be answered include:

The workflow is designed to allow any scientist to quickly create their own PlasmaSeq analysis1, from harmonizing many different sources of vendor data, creating merged datasets for comparison, and creating the same figures published in the paper.

The overall workflow is composed of the following 4 steps/functions.

Any dataset can be merged together that has entities in common. However, to take full advantage of the downstream visualizations and comparison features, the following fields need to be present.

Your sample IDs MUST match

The following diagnostic report output formats are supported as part of SolveBio's template system and already include the fields described above. When data is imported using any of the following templates, it will automatically be ready for the VCA workflow.

To import a dataset with a template, select the relevant text file on SolveBio, and then import with the correct template. 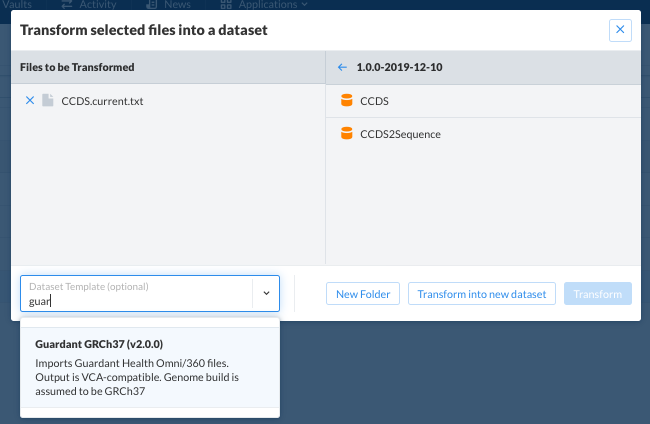 Merging of datasets on SolveBio is conceptually simple to a pandas DataFrame outer merge or a SQL full outer join. 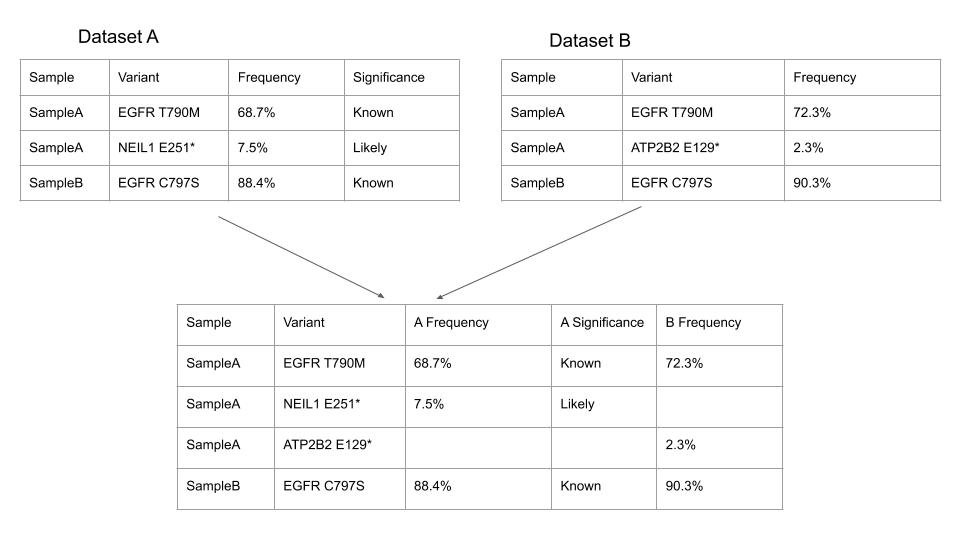 Select the datasets to be merged by adding as many datasets as necessary to the merge in the Vault view.

Each source dataset gets a user-defined label. Saved queries can also be used to reduce the amount of data being merged.

Select which entities to use as "merge keys". These entities together become the common unique identifier across all datasets in the merge and is the unique ID for the record in the new merged dataset. For example, if sample and variant are selected as the merge keys, then the final merged dataset consists of all the unique sample-variant value combinations in the source datasets that were merged into the final dataset. Typically, sample and variant are the correct entities to use.

Optionally, select fields from each source dataset to be included in the final dataset. This is useful for comparing variant classifications from different sources (e.g. vardict's significance versus Foundation Medicine's somatic status), different gene/transcript annotations, variant allele frequencies across different samples, etc. In the merge workflow on SolveBio, commonly used fields from the supported import templates are auto-selected for convenience.

The comparison part of the VCA workflow computes true positives/negatives and false positives/negatives using truth set(s) or by consensus (in 2 or more datasets for the same sample-variant pair). Optionally select a sequencing panel to determine detectability of each variant by panel. Comparison analysis can only be turned on where sample-variant are selected as the merge-key entities.

During the setup of the merge, there is an option to add "comparison" analysis fields to the final dataset. These comparison fields are added after the merged dataset is created from all the source datasets, in a second set of annotations. 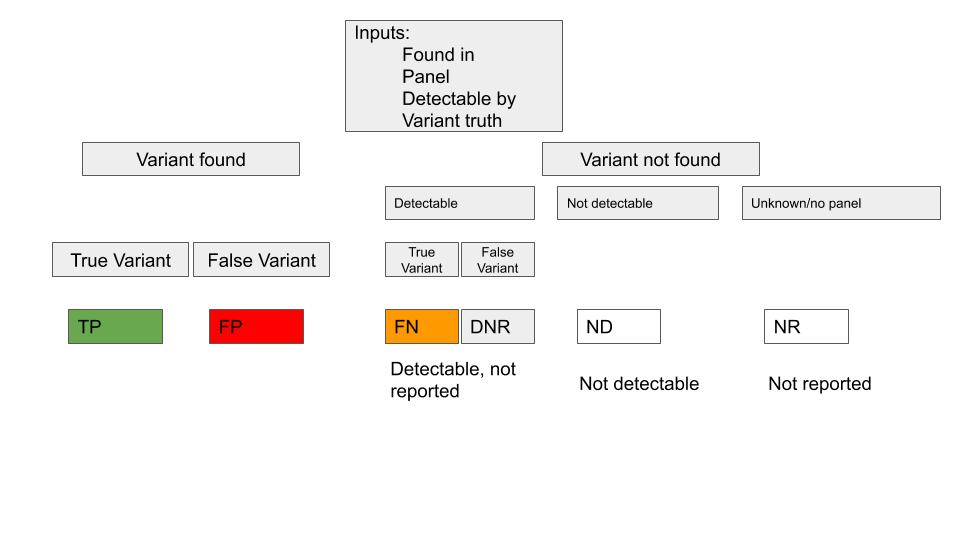 Finally, the merged dataset is created and tagged with the tag VCA. Depending on the size of the source datasets and the amount of data to be merged, this dataset may take a while to finish all activity (datasets over 10 million records should be filtered down for best results).

After the merged dataset has finished importing all the source datasets and the comparison annotations are complete, the dataset is ready for analysis. Analysis can be as simple as using the SolveBio data table view to filter by which variants are detectable, false positives, etc, adding additional annotations using SolveBio Expressions, or exporting the data to sort and filter in Excel and visualize in Spotfire.

Only the first 250 variants will be visualized

The comparison has a strict 250 variants limit! Only the frist 250 will be visualized, the rest will be ignored. Filter the dataset to below 250.

Have questions or comments about this article? Get in touch with SolveBio Support by submitting a ticket or by sending us an email.